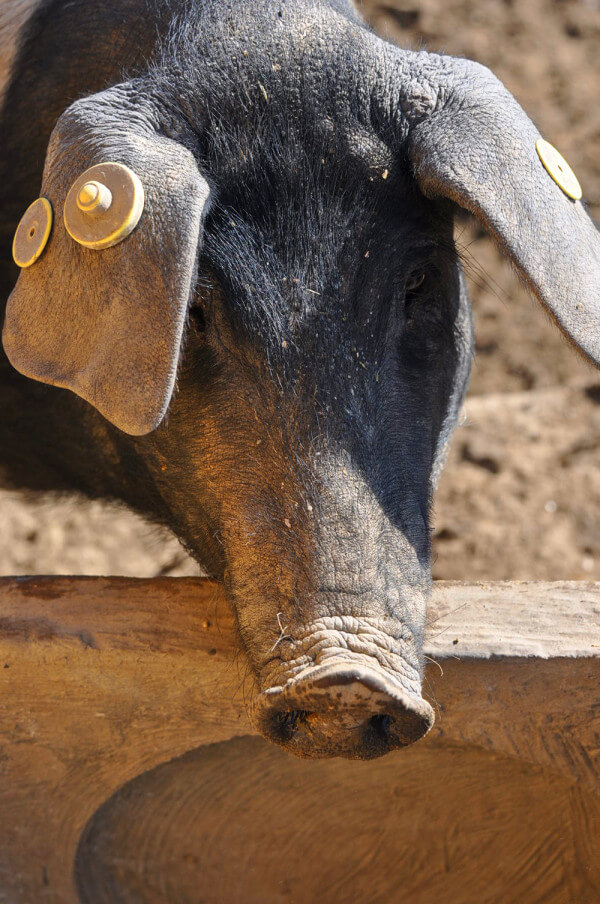 When Giampiero told me he would be featured on a cooking segment with Matthew Evan’s Australia’s Gourmet Farmer, I set out for Italy. And what a great adventure it was! Giampiero an actor? How did they find him? My husband, sister and her husband woke up early one morning and set out for the Umbrian pig farm. We didn’t know what to expect and I didn’t bring boots or outdoor gear. It a once in a lifetime adventure, which was filled The even filled with fun and excitement. At the end of the day it was time for a festa! We had a party at Locanda Rosati, where we ate cheeses, pork dishes from the farm, paired with organic wine, una fantastico festa!

The segment featured a local Umbrian farm and how they raise the organically fed pigs (future prosciutto & salami, lardo) for their “pork” delicasies. The pigs were fed the finest chestnuts and grains. They were healthy and raised on a beautiful farm on the side of a mountain in Umbria. I am not a fan of pork or  meat very much, but I clearly understood and saw the difference in the pork raised in other parts of the world compared with the ones at this farm in Umbria. Odelio the farmer in blue, was a simple man who spent his life raining the pigs. He was a quiet man, but quite content with his life.

I didn’t realize until I arrived that I had an actor friend. I created my own video of the event below.