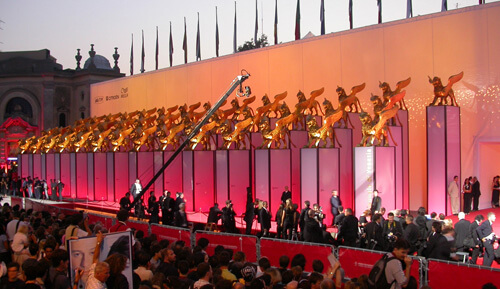 For years we are usually in Italy and touring the properties in Lake Como or the Amalfi coast, since they are among our most requested lake and sea side areas. We are always made aware of the actors who are in town and extend their trip into the resort areas. You can often see roads blocked in lake Como when George Clooney is in town. Once in Ravello, the town had helicopters hovering above while transporting the actors from Venice to the resort of Hotel Caruso or San Pietro. This internationally acclaimed event draws spectators from all over the world. It is always fun to be in Italy for these events as no one celebrates these types of festivities like the Italians.