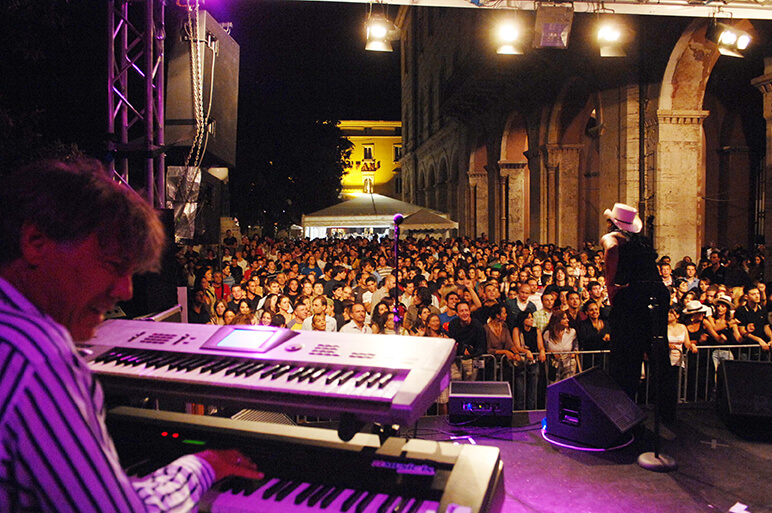 The Umbria Jazz Festival is one of the most important jazz festivals in the world and has been held annually since 1973, usually in the month of July, in Perugia, Italy. Furthermore, the Umbria Jazz Winter Festival takes place annually in late December to early January in the city of Orvieto. Both towns celebrate in the towns until late in the night and early morning hours. They have one thing to talk about JAZZ.

Since its start the festival turned into a quality jazz fiesta, one of the leading festivals in Europe. The Umbria Jazz Festival in Perugia, Italy attracts over 200,000 people each year for 10 days of live jazz music performed by critically acclaimed artists from around the world.The Umbria Jazz Festival takes place in the streets of the Renaissance hill city of Perugia. While still mostly a jazz fest, fans will be sure to see a wide plethora of different music genres including artists from rock and roll, world music, Cuban salsa and African tribal music backgrounds.