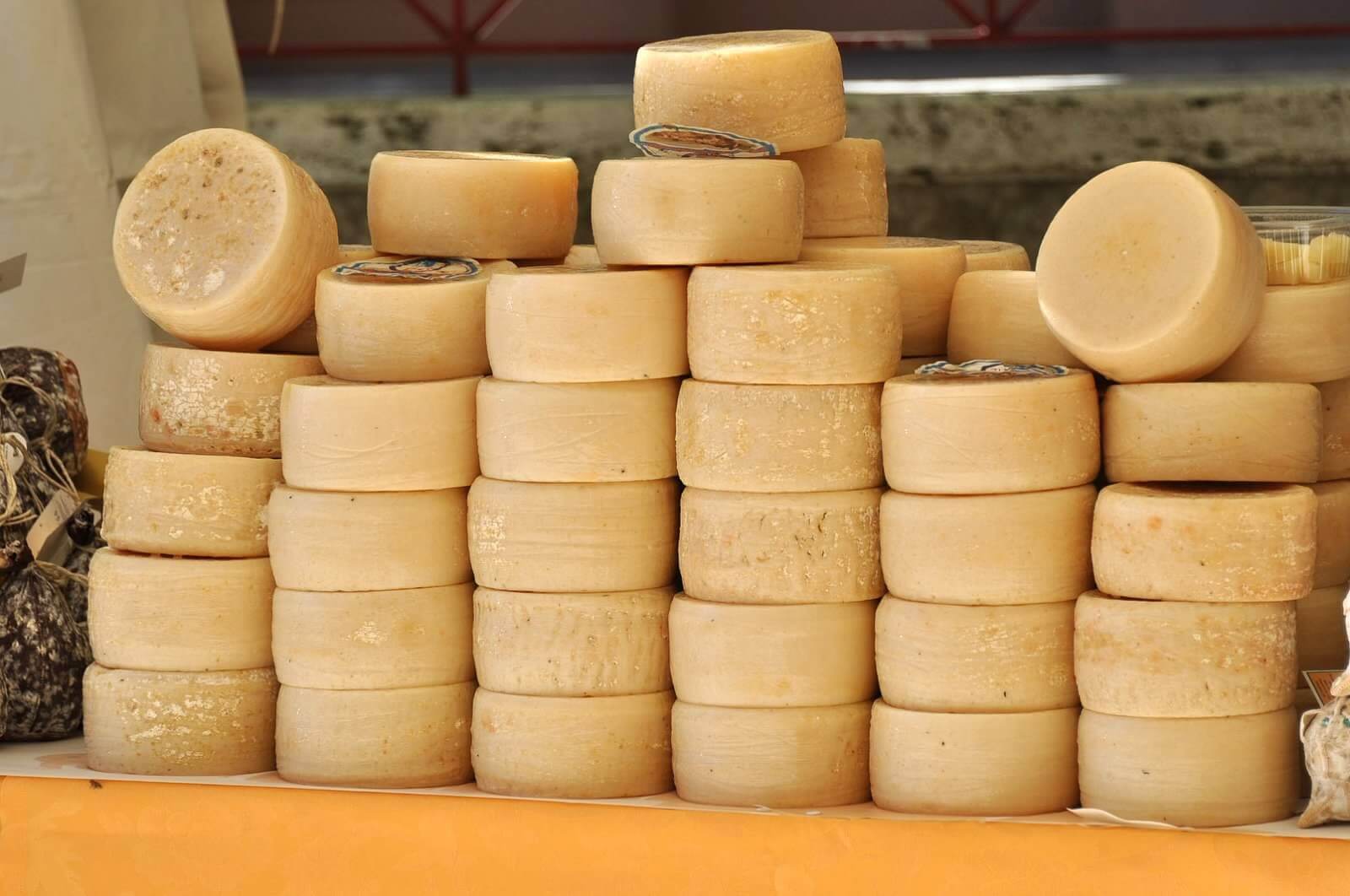 The pecorino cheese of Pienza is one of the best in Italy, especially the version ‘sotto cenere’ or ‘under ashes’.

The cheese has ancient origins and has probably been produced in the zone since man first settled here. Sometimes known as ‘Pecorino della Val d’Orcia’ or Cacio di Pienza it is produced between October and July and seasoned for up to 2 months to give it its distinctive flavor.

Each year on the first Sunday in September, the town of Pienza (province of Siena) in Tuscany is the host to the Pecorino Cheese Festival. After an elaborate procession and flag-throwing competition, teams from the four different neighborhoods participate in what is known as Fiera del Cacio. Children take turns rolling a wheel of cheese toward a target in the main square of Piazza Pio II.

I love to visit Pienza you can smell the cheese from outside of the town. Samples of the cheeses are given throughout the cheese shops in the town. What you need is a good bottle of Brunello di Montalcino to really get the full taste of the cheese. The Italians are so blessed, cheeese, wine, fruits, nuts, the list seems endless.