Wines in the North of Italy 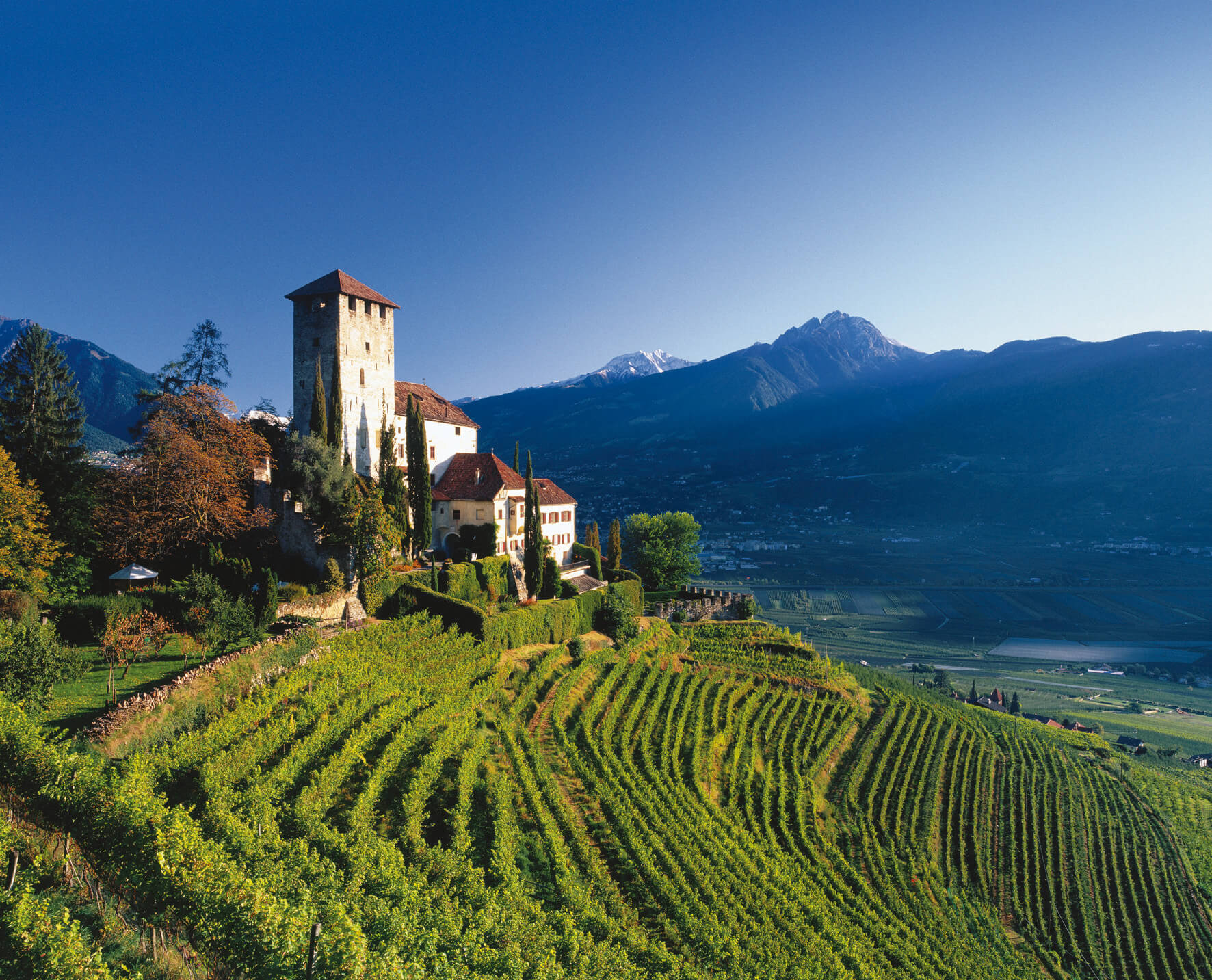 Trentino Alto Adige is comprised of two provinces, with Alto Adige in the north around Bolzano, and Trentino around the city of Trento in the south. Historical and cultural differences distinguish the two provinces – Trentino is classically Italian whereas Alto Adige is known as SÃ¼dtirol to its largely German-speaking population. The terrain is mountainous, with the Dolomites and Rhaetian Alps enveloping the area, so viticulture is simply not possible on much of the land. However it is practiced on many steep slopes under difficult conditions. Like many of the world’s wines that are the most challenging to make, there is a real emphasis on quality that makes it worth persisting with the complexities of the region’s terrain and climate.

es in the region, although much of the classed wine comes from the two large zones of Trentino and Alto Adige DOC. Trentino’s wines tend to be made in large co-operatives from a mixture of local and foreign grapes. Chardonnay is important, along with Sauvignon Blanc, Pinot Grigio and Pinot Blanc. The local Nosiola makes crisp dry whites and some excellent sweet dessert wines in the Valle dei Laghi area. The characterful red Marzemino makes fresh easy-drinking reds that are popular within the region – some of them have a delicate frothy sparkle. The most exciting native red is the Teroldego, whose wines have a lively acidity and a unique character that is distinctly Italian.

Alto Adige also has its share of zones that are recognised for the quality of their wines. Although its climate naturally suits white wine production, reds have been important historically. Red grapes like Schiava (also known as Vernatsch) are used to make the classic red of Bolzano, known as St Magdalener. The wine is light and elegant with a lovely red fruit character. It is not unusual to see the zone named in German, for example Colli di Bolzano as Bozner Leiten, and Meranese di Collina as Meraner. Caldaro (Kaltarersee) is known not just for the quality of its wines but for the beauty of the landscape where it is produced around a scenic lake. Valdadige (Etschtaler) is an important zone in terms of volume – Schiava, Chardonnay, Pinot Grigio and Pinot Blanc are grown and wines are secco or amabile in style. The most important red grape of Alto Adige in terms of quality is the Lagrein. This unusual grape achieves greatness in the gravelly soils along the Adige river by Bolzano, yielding plump, decadent wines that can age gracefully.

Some fine rosÃ© is produced in the region, like the aromatic Lagrein Kretzer and the dessert wine Moscato Rosa, prized for its delightful floral character. Aromatic whites are in demand internationally, prompting growers to focus on Sylvaner, Veltliner, GewÃ¼rztraminer, MÃ¼ller-Thurgau and others. Such wines have great elegance and stand up well to examples from other countries, but more attention is deservedly bestowed on Chardonnay, Pinot Grigio, Pinot Bianco and Sauvignon Blanc from the region. From the best producers, single varietal wines from these grapes are among Italy’s best whites.

Typical high altitude vineyard in Alto AdigeGrowing grapes at high altitude, in the difficult Alpine climate typical of Alto Adige, requires a great deal of ingenuity, which the local farmers have refined over centuries. © iStockphoto/Thinkstock.

Although the region’s aromatic whites are generally considered to be delicate and intended for early consumption, some whites have emerged with outstanding ageing potential. The best examples of Riesling, Sylvaner and Pinot Bianco, as well as the ubiquitous MÃ¼ller Thurgau, can age elegantly in bottle for over a decade, gaining a rich honeyed complexity. The eternally popular Pinot Grigio is widely planted although Chardonnay is catching up – in fact Trentino produces more Chardonnay than any other Italian region. The rose-petal scented native GewÃ¼rztraminer thrives here – in fact the very name derives from the village of Tramin and “wÃ¼rz” meaning “spicy”.

Sparkling wine production is on the increase in both Alto Adige and Trentino. Although its production is more of a recent phenomenon in the former, Trentino has been a centre for quality sparkling wine for many years under the DOC Trento. The traditional Champagne method is used and the same grapes as Champagne are used – Chardonnay, Pinot Noir and Pinot Meunier. Pinot Blanc is also permitted.

Vineyard in southern Trentino near Lake GardaThe sheer diversity of Trentino’s wine producing areas is well exemplified by this vineyard, at the southern, more temperate tip of the region, near Lake Garda.

Although the region has not yet received the accolade that Tuscany and Piedmont’s wines have gained on an international scale, there is great potential. Distinctive reds from Lagrein and Teroldego are increasingly popular. Some excellent reds from Cabernet Sauvignon, Merlot and Pinot Nero are showing that the region’s wines are worthy of the attention of the international market, not just in the neighbouring countries, but making an impact further afield as well.

Wines in the North of Italy