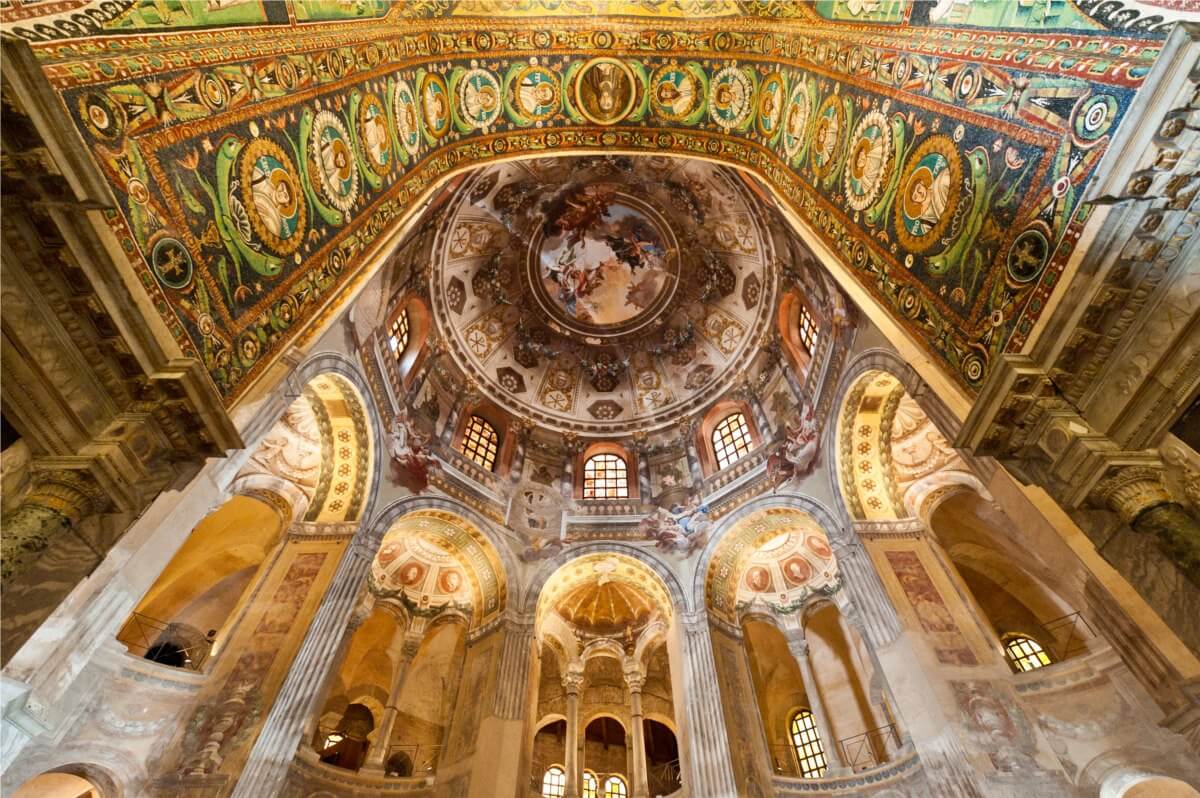 Some of the best Byzantine mosaics in the world are in… Italy! It’s true: Although the Byzantine Empire, which dated from the 4th to 15th centuries A.D., was based in modern-day Istanbul, it also stretched into Italy””even taking over the entire Italian boot in the reconquest of the 6th century.

(By the way: Art historians usually say that, in Italy, Byzantine mosaics were done after Emperor Justinian I tried to reunite the Byzantine empire’s two halves during his reign from 527-565. Before that, mosaics still were in the ancient Roman, classical style. So it wasn’t until the 6th century that the Byzantine style really was codified. It was characterized by a severe, ethereal style that was much different from the naturalism of ancient Roman art. Those are the mosaics we’ve included in this post!).