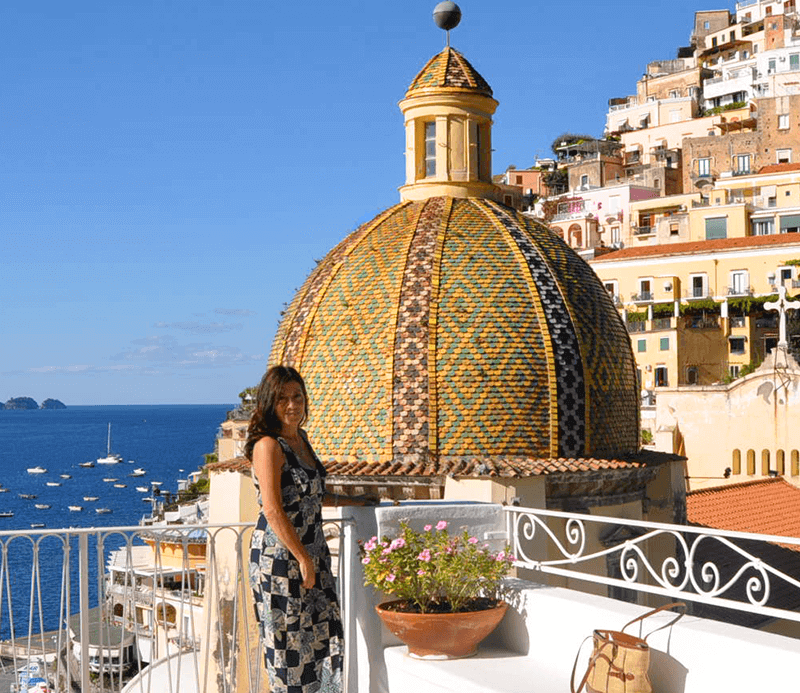 Postiano is a magical town, the most in all of Italy. For me it combines the beauty of the sea, with islands to visit Procida, Ischia & Capri by boat. It has two fantastic towns on each end, Salerno and Sorrento! Not too far is Naples with Pompeii and the history value of the Volcano. You can boat, bike, motor bike, hike (to the path of the gods). There are seaside towns like Amalfi, Praiano & Ravello that can be reached by the local ferry boat. The food is in a whole category of its own, fresh seafood, ripe rich vegetables, artichokes, tomatoes & greens. There is a little pain to pay for staying here and it is the steps. Most of the properties have many steps, some up to 500 just to get to the front door. But once there you are mesmerized with the views. From mid point in Positano you can see Li Galli Islands in the distance. And from the center town of Praiano, you can see the heart of the town of Positano. Ravello a small fairytale hamlet 20 minutes above Amalfi, offers views that unparalleled with any in Italy. From Villa Cimbrone, you can see the tip of the southern point of the coastline. With a lovely history of its own you can walk in the gardens of paradise and to the terrace of infinity. Ravello deserves a blog of its own and I will share more on the “Ravello” blog.

I fell in love with the Amalfi Coast & Positano. At night the town lights up and reflects off of the sea, you can take night cruises to Capri for dinner or just walk down to the beach and walk with your feet in sea. Words can’t describe a place I visit twice yearly.  As in the words of Steinbeck,

“Positano bites deep”, Steinbeck wrote. “It is a dream place that isn’t quite real when you are there and becomes beckoningly real after you have gone.”

A little history, ,Positano was a port of the Amalfi Republic in medieval times, and prospered during the sixteenth and seventeenth centuries. By the mid-nineteenth century, however, the town had fallen on hard times. More than half the population emigrated, mostly to America.

Positano was a relatively poor fishing village during the first half of the twentieth century. The first hotel in Positano was transformed into Apartments and we offer them as part of our collection of properties.

Positano began to attract large numbers of tourists in the 1950s, especially after John Steinbeck published his essay about Positano in Harper’s Bazaar in May, 1953, and since has been the most requested Italy vacation spot since we have started this business. I love it, the people, the energy and the views, it’s truly one of the most magical places on earth.