The Abbey of Sant’Antimo, Tuscany 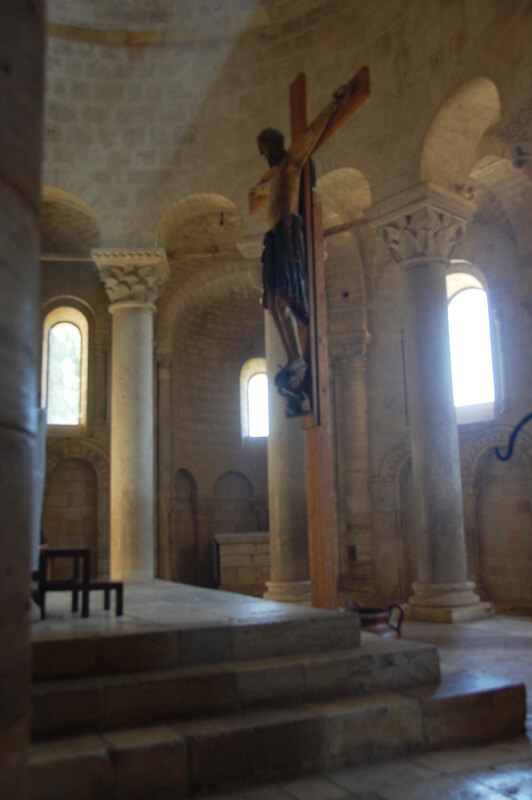 The Abbey of Saint’Antimo is one of the most serence Romanesque churches in Italy, it is near the town of Montalcino.
According to tradition, in 781 Charlemagne was returning from Rome along the road “Via Francigena” while staing near Monte Amiata, many in his court and army were struck down by plague. During the night, an angel appeared to the Emperor in dream and recommended that he pick a particular grass, dry it and then make an infusion with some wine and have it drunk by the soldiers. He did this and the army was cured. The grass is known to this day as “Carolina”. In return for an end to this scourge, the Emperor promised to found the abbey.

Mass is celebrated everyday and you can hear the Monks chant, but no longer at mass. The Monks who live on the premesis Chant the Gregorian hymms. When I was there I took a photo of them walking outside the Abbey and they didn’t appreciate it. They are quite, reserved and very solumn. The Interior of the Church is magical and once inside you feel a sense of inner peacefulness.

The church is open every day and you can hear the Gregorian chant everyday at 12:45 & 14:45, check times before you go.

The Abbey of Sant’Antimo, Tuscany