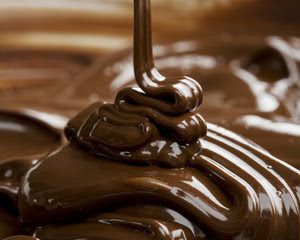 Modica chocolate
Chocolate arrived in Modica from South America via Spain in the 16th century. The method of making it has changed little since. Taste it, along with other local delicacies, at the city’s wood-paneled chocolate shop, run by the same family for six generations.

And actually the weather in Sicily can be quite nice in December. The crowds are long gone and you get the authentic Southern Italian experience of the Island. Also a good time to visit the Christmas Markets throughout Sicily.

Modia from Sicily as we mention above. The seeds were cooked by a method only known to this area as a “cold chocolate,” they are ground at 40 degrees with sugar and retain their buttery quality. The sugar however, does not melt and give is a gritty and thick consistency which is a signature of Modica chocolates. The process has a variety of flavors like vanilla, pepper (red), cinnamon, coffee and citrus can also be added and packaged. Modicans today use modern machines to make the chocolates and you can find them in grocery stores.
Perugina is the name of famous confection companyin Perugia, that produces chocolates as well as other sweets. It was founded in 1907 and bought by NestlÃ© in 1988, but its most important product is and always has been Baci Perugina, with its chocolate shell and a gianduia hazelnut filling inside. Baci, meaning “kisses”, Perugina is a symbol in Italy for falling in love.

Ferrero was founded by Pietro Ferrero in Piedmont in 1942. Their first product was Pasta Gianduia, wrapped up in foil and made to cut and spread on bread. These days, Ferrero produces several treats, but in our opinion, the best remains Ferrero Rocher. These tasty morsels have crunchy chocolate with hazelnuts on the outside of a wafer with a chocolate and hazelnut filling, and all are wrapped in a gold paper. Ferrero Rocher is bought over the world along with other products from the company, Nutella.

Gianduiotto Caffarel, founded by Pietro Caffarel in Turin in 1826, uses local materials to produce high quality products for a world market using the traditional chocolate-making method. This company often offers different packaging for various occasions, such as a heart box for Valentine’s day, or a Christmas tree box during the holiday season. These fun gifts are filled with their main specialty, Gianduiotto, named after a mask used for Turin’s Carnival, Gian d’la duja. The chocolates are mix of hazelnuts of Piedmont, cacao beans and aromatic chocolate formed into a little boat or barchetta.

Ciccolata Venchi has produced in Turin since 1878 using the traditional method along with the same passion with which they started. Venchi has several Maestri della cioccolata, or Master Chocolatiers, who pride themselves in pure chocolate with no additional preservatives using cacao from South America and Africa, hazelnuts from Piedmont, pistachio, olive oil and almonds. Venchi’s shops include bars, pralines, slabs, liquids or products without gluten for sale.