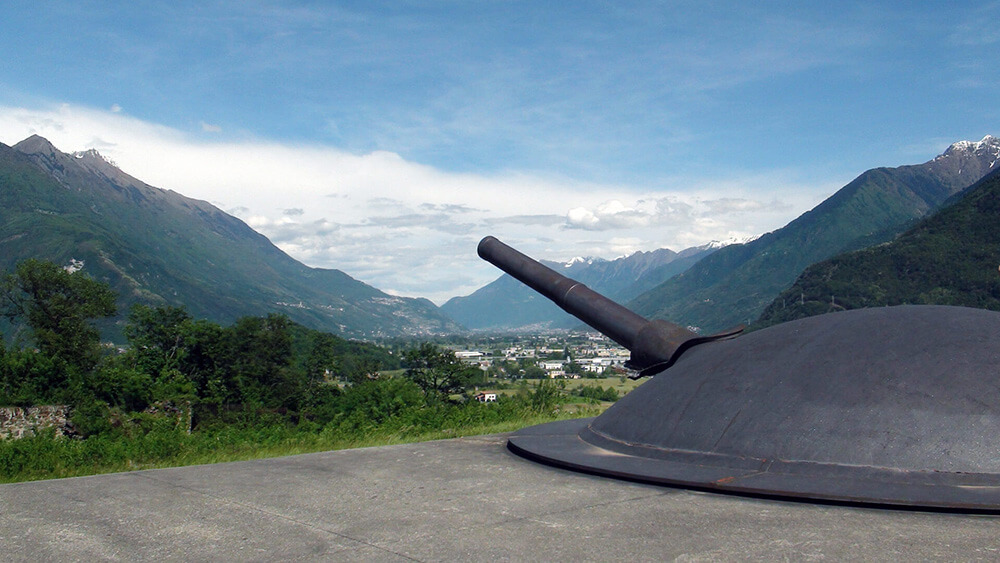 The best preserved fort of the World War I. Forte Montecchio Nord was built in just a few months between 1912 and 1914 near to the beginning of the First World War. It is one of the greatest fortified structures on which the defence system complex of the “Northern Frontier towards Switzerland” pivots. It was thought up and built by the Kingdom of Italy as protection against a possible armed attack originating from Germany or Austria-Hungary via Switzerland

The system concentrates its structures in correspondence with the most important access routes to the Padana Plain: the Great St. Bernard Pass, the Simplon Pass, the Gotthard Pass, the Splugen Pass, the Maloja Pass, the Bernina Pass, the Stelvio Pass and the Tonale-Aprica route, all of which already had main roads and railway lines in place at the beginning of the 20th century.

The fort was one of the strongholds in a complex barrier system which extended up to Monte Legnone, though it remained inactive throughout the World War. During the World War II the fort also never entered a major action: the only gunshots were fired after the fort was occupied by the partisans, at a German column that marched along the opposite bank of the lake. The fort was later used as a weapons depot and eventually transferred to the state property.

Attractions in fort are four French 149 mm guns, with a range of 14 km, each rotating inside a cast-iron dome. The fort is divided into two parts: the lower area contains housing and powder magazines and the upper part contains guns. The two areas are linked by a curved gallery.

This is a great place to visit for the historians and those with young children who want to take add some education to their holiday!